Resident Evil 2 for Nintendo 64 is hard to emulate game. While the game uses standard ucode (or slight modification of standard one), it uses few non-standard tricks, which are hard to reproduce on PC hardware. I spent lots of time on this game when I worked on Glide64 plugin. Abilities of 3dfx graphics card allowed me to obtain pretty good result: the game was fully playable on Voodoo4/5 with some minor glitches. Later necessary functionality was added to glide wrapper, so you can run the game on any modern PC card.

What makes the game hard to emulate? As you know, the game consists of static 2D backgrounds with 3D models moving over. Background size may vary from place to place: someplace it is 436x384, someplace 448x328 and so on. Frame buffer size corresponds to background size. Video interface stretches image to TV resolution 640x480.

Why it is a problem for hardware graphics plugin? The plugin executes BgCopy command, which loads 512x287 image. It is no problem to create 512x287 texture and render it to frame buffer. The result will look like this: 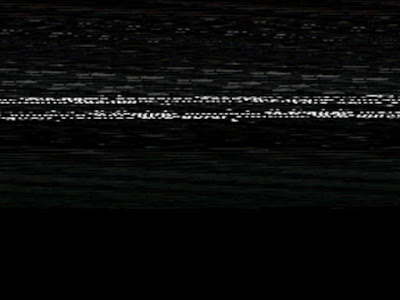 If the background rendered right to frame buffer, that result can't be fixed. If frame buffer object is used for rendering, you may try to change size of buffer texture the same way as N64 changes size of color buffer. I did not find a way to change size of existing texture without loosing its content with OpenGL. glTexImage2D can change the size/format for existing texture object, but it removes all previous pixel data. Of course, it is possible to copy texture data to conventional memory, resize texture and write the data back, but it will be slow. If you know better method, please share.

There is fast solution of the problem: a hack. Value of video interface register VI_WIDTH is the same as actual width of background image. Thus, we can recalculate background image dimensions and load it properly: 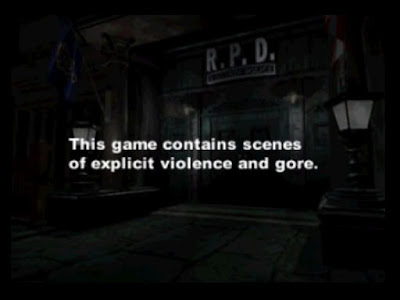 I used that hack in Glide64 and I still don't know better solution. Unfortunately, it works only for HLE, because BgCopy is high-level command. For LLE we still need somehow resize buffer texture.

Glide64 was the first plugin, where the problem was solved. Copy values to depth buffer was relatively easy with glide3x API: glide3x depth buffer format is 16bit integer, as for N64. I could load depth image as 16bit RGB texture, render it to a texture buffer and then use that buffer as depth buffer, exactly as N64 does. OpenGL could not do it, but glide wrapper authors also manged to solve that problem. It was kinda hackish, but it works.

GLideN64 uses another solution. I invented it for NFL Quarterback Club 98 TV monitor effect. It is described in details in my Depth buffer emulation II article. Depth image is loaded as texture with one component RED and texel format of GL_UNSIGNED_SHORT. When the texture is rendered, fragment shader stores fetched texel as its depth value. Depth value from fragment shader passed to depth buffer, exactly as we need.

So, we have color background and depth buffer correctly rendered. Victory? Not yet. Depth buffer compare works, but not always. Here it works ok: 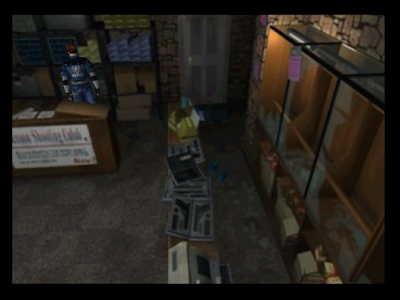 but if I step behind it looks like this: 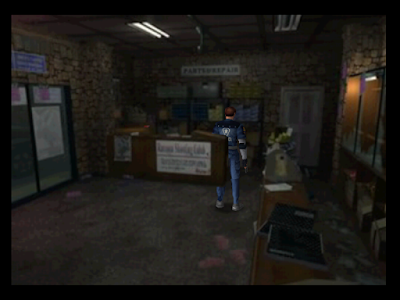 Where is the problem? The problem is in the way N64 depth buffer works. N64 vertex uses 18bit fixed point depth value. N64 depth buffer stores 16 bit elements. N64 uses non-linear transformation of 18bit vertex depth value to 16bit value, which will be used for depth compare and then kept in the depth buffer. OpenGL uses floats for vertex depth and for depth buffer, but it is incorrect to directly compare GL depth component with value from N64 depth image. First, the same transformation must be applied to vertex depth. Fortunately, necessary shader code was already written for depth based fog, which Beetle Adventure Racing uses. I reused that code and finally got perfect result: 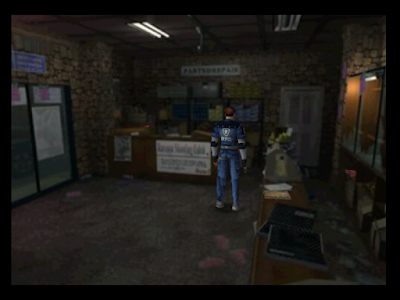 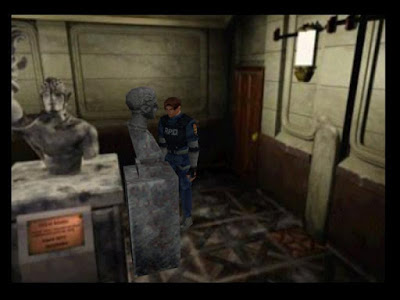 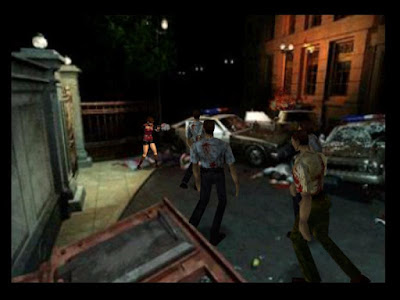