Active testing of the first Public Release revealed many new issues in plugin's work. Since I'm busy with Android porting, I can't spend my time on issues with emulation. However, several found issues related to general work of the plugin. Few scenarios of plugin's crash during emulation reported too. So, I took a break in Android development and corrected most nasty bugs:

New sources included into distributive along with binaries for Windows and Ubuntu. Download from GitHub. The current version of sources are compatible with GL ES 3 and GL ES 3.1. Porting to GL ES 2.0 will start soon. GL ES 3.1 version has almost all features of PC build, except for texture library support. Below is screen shot from development alpha of Mepen64Plus AE integrated with GLideN64 running on NVidia Shield tablet with frame buffer emulation of. 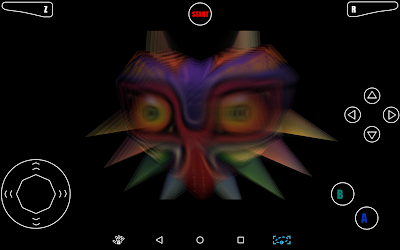