Lets continue our excursion. Today it will be short. We will learn, what is new in 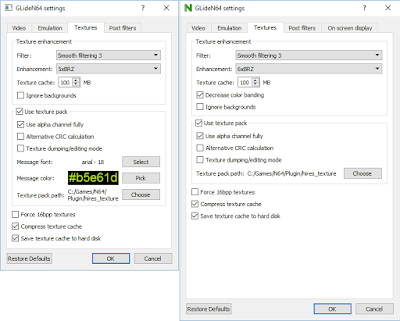 
Regarding texture packs: I made several fixes in that code, but all the functionality remained the same as with version 1.2 Font selection controls for on screen messages moved to new tab "On screen display", which will be introduced later.
Posted by gonetz at 4:55 PM